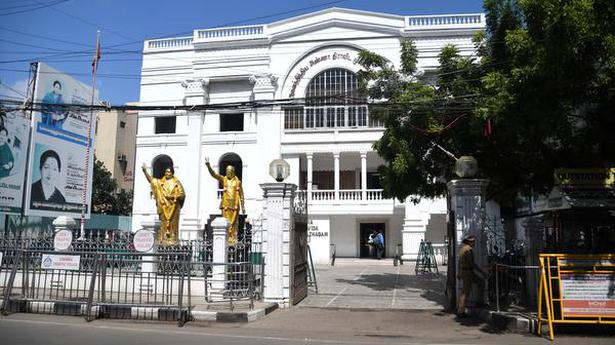 The AIADMK, which steps into its 49th year on Saturday, is facing the twin challenges of retaining power and maintaining its status of being a principal political party of the State in the Assembly election due in April-May 2021.

After securing over 40% vote share in the 2016 Assembly election for the second time, the ruling party has been going through a testing phase in elections.

In the byelections to 25 Assembly constituencies after former Chief Minister Jayalalithaa’s death in December 2016, it could win only in 11.

Besides, the BJP, an ally of the AIADMK, is going ahead with its plan to expand its base in a perceptible manner. Two other allies, the PMK and the DMDK, are showing restlessness at times through their public statements.

Senior AIADMK leaders acknowledge that winning the Assembly election is going to be a major challenge for the party.

“We will have to stitch up the right alliance,” said J.C.D. Prabhakar, one of the organisation secretaries and a member of the 11-member steering committee.

Hailing the State government for the way it has been tackling the COVID-19 pandemic, he, however, pointed out that the party had to “take measures that are convincing” to the religious minorities.

S. Semmalai, another organisation secretary and one of the party’s nominees in the 1977 Assembly election, said the absence of a “strong leader” would not pose any problem to the AIADMK, as both Chief Minister Edappadi K. Palaniswami and Deputy Chief Minister O. Panneerselvam had been “groomed well” by Jayalalithaa.

“Among the people of the State, there is neither anti-incumbency nor willingness to back the DMK,” he said.

In a joint statement on the eve of the party’s foundation day, Mr. Palaniswami and Mr. Panneerselvam called upon the members to make a resolve to help the party stay in power during its golden jubilee year too.

V. Raghupathy, head of the department of Political Science and Public Administration at the Gandhigram Rural University, said the AIADMK, which is under pressure, has to disseminate the message among the people that it will never deviate from its commitment towards the core features of Tamil Nadu’s politics, including social justice, the two-language formula and welfarism.