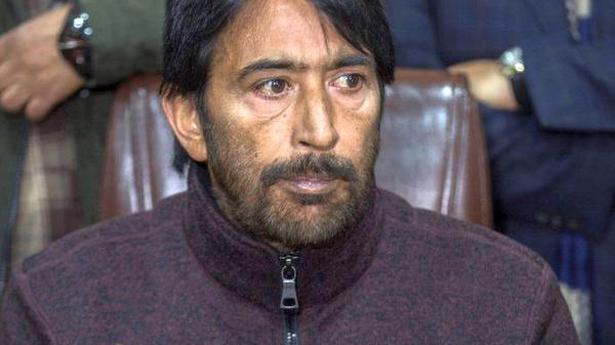 The Jammu and Kashmir Congress on Saturday said it would take a call on participating in the Peoples’ Alliance for Gupkar Declaration (PAGD) after consultations with the party’s central leadership, even as it asserted that there is a need to have a common platform to fight for the rights of the people of the erstwhile State.

Jammu and Kashmir Pradesh Congress Committee (JKPCC) president Ghulam Ahmad Mir, who was a signatory to the “Gupkar Declaration” on August 4 last year — a day before the Centre revoked Jammu and Kashmir’s special status as accorded under Article 370 of the Constitution — has skipped two meetings of the alliance, which was given a formal shape recently.

Mr. Mir said while he was not feeling well when the first meeting of the alliance took place on October 15, the second one on October 24 was called at a short notice and he was not in Srinagar.

Speaking to reporters at the party headquarters here after paying floral tributes to former Prime Minister Indira Gandhi on her 36th death anniversary, which the Congress observed as “Kisan Adhikar Diwas”, Mr. Mir said the JKPCC would have consultations with the party’s central leadership over the issue and take a decision after that.

“I was not feeling well when the first meeting took place. The second meeting was called at a short notice. Being a national party, the Congress has to discuss such things with its central leadership. When I was told about the meeting just three hours before, I was not even in Srinagar,” he said.

Mr. Mir said he had asked to defer the meeting of the PAGD as the Congress’s central leadership was busy with the Bihar polls.

“I told them to defer the meeting till after November 10 as we had to take on board the Congress’s central leadership, which was busy with the Bihar polls, but they went ahead. So it was not possible for me to attend that meeting on that day,” he said.

Asserting that all the signatories to the “Gupkar Declaration” have common concerns as regards the decisions taken by the Centre on August 5 last year, Mr. Mir said there can be differences in the intensity of the language “being used while fighting for the cause, but the basic concerns are the same”.

“When the next meeting takes place, I will take up the matter with the party’s Kashmir Policy Planning Group and whatever the top leadership decides, I will follow that direction,” he said.

Apparently referring to PDP chief Mehbooba Mufti’s controversial remarks on the national flag, the Congress leader said while it is a political fight for the people of the erstwhile State, “it should not seem, in any language, that we are fighting personal battles with other people of the country”.

At her first press conference after her release from detention, Ms. Mufti said PDP members would not hoist the national flag unless they are allowed to raise the flag of the erstwhile state of Jammu and Kashmir.

On the amendments to land laws, which allow outsiders to buy land in the Union Territory, Mr. Mir said it was “one more betrayal with the people of Jammu and Kashmir”.

“They (Centre) had said this on the floor of Parliament that the land and job rights of the people of Jammu and Kashmir will be protected. But they have backtracked on their own promises. The Congress party condemns it and will fight this,” he said.

Mr. Mir said the people of Jammu, Kashmir and Ladakh are united in their fight for the repeal of such laws and there is a need to have a common platform to fight for their rights.

“There could have been differences of opinion in Jammu and Kashmir over the decisions taken before, but I am happy that there is unity on this issue and people are rejecting these laws. The Congress and other like-minded parties should work on a common platform to fight for the repeal of these laws because it concerns the emotions of the people of Kashmir, Jammu and Ladakh— whether Muslims, Hindus, Sikhs or Buddhists,” he said.

Asked how the party views the law authorising the Army to declare any area as “strategic”, Mr. Mir said such steps are not good for the spirit of democracy.

“Giving a direct authority to the Army or other defence forces in any manner is not good in a democratic country. The Army is in support of the civil administration, we, the civil administration, are not under the control of the Army. Therefore, such steps are not good for the spirit of democracy and we have already raised voices against it at different forums,” he said.

35-year-old man who had a stroke, undergoes 3 complicated procedures at Chennai hospital