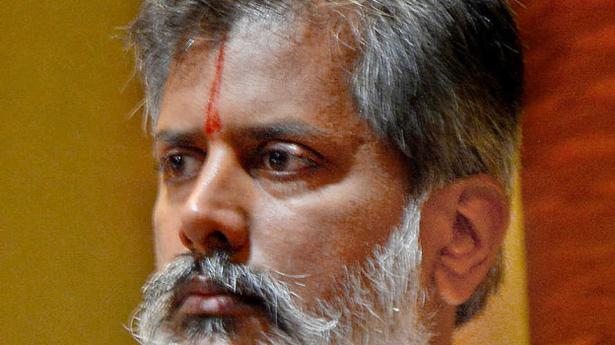 Dr. Ramineni Foundation has announced its annual awards to five persons including actor Sonu Sood. For the first time the Foundation has decided to create and confer a special jury award called Pratyeka Puraskaaram on Sonu Sood, a non-Telugu person on popular demand by many Telugus said Foundation Convener Pathuri Nagabhushanam.

Foundation chairman Dharmapracharak Ramineni has announced the awardees here in a press conference on Saturday.

The Visishta Puraskaaram has been announced to National Bank for Agriculture and Rural Development (NABARD) chairman Govinda Rajulu Chintala, he announced.

Mr. Nagabhushanam said that the Foundation awards only four awards including one Visishta Puraskaaram and three Visesha Puraskaarams every year since 1999 on October 12 and this year special award will be conferred on Mr. Sonu Sood who did an exemplary humanitarian service during COVID lockdown.

He said the awards are conferred on October 12 every year to mark the birth anniversary of Dr. Ramineni Ayanna Chowdary on whose 70th birthday the Foundation was established in Cincinnati of the U.S. “Due to COVID we are only announcing the awardees for now and the awards function will be conducted in December or January depending on the situation,” he said.

Ayyanna Chowdary of Brahmanakoduru village in Guntur left for the U.S. in 1955 and later settled there.