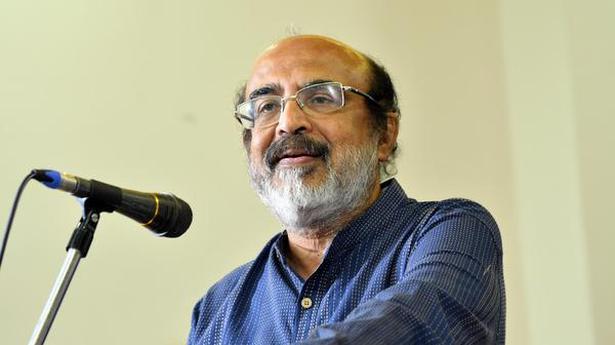 The Enforcement Directorate (ED) has reportedly opened a preliminary inquiry to examine whether borrowings by the Kerala Infrastructure Investment Fund Board (KIIFB) from overseas markets “to spur development” in Kerala violated the provisions of the Foreign Exchange Management Act (FEMA).

Official sources said the verification was predicated on the finding of the Comptroller and Auditor General (CAG) that the Board had raised ₹2,150 crores from the international market without the consent of the Central government.

The CAG had also pointed out that the KIIFB had overstepped its legal bounds by issuing masala bonds to raise money from foreign markets in violation of Article 293 (1) of the Constitution. Only the Central government could guarantee instruments of debt floated in foreign financial markets.

The ED has reportedly written to the Reserve Bank of India seeking details about the no-objection certificate it had supposedly extended to the KIIFB, enabling it to take sizeable loans from the foreign financial market.

The ED’s bid to forensically examine the KIIFB’s working is seemingly shaping up to be the latest battlefront between the State and the Centre.

Finance Minister Thomas Isaac on Sunday said the ED’s attempt to investigate the Board could precipitate an “extraordinary administrative paralysis”. The agency has attempted to stop dead Kerala’s KIIFB funded development drive at the “behest of its political masters” at the Centre, he alleged.

With the threat of an ED probe hanging like a sword of Damocles over the KIIFB, investors could shrink away from buying its masala bonds. The investigation could potentially cause its revenue streams to dry up. The probe comes at a time when the International Finance Corporation (IFC) had expressed willingness to extend loans to the KIIFB.

Dr. Isaac said the CAG’s finding that the KIIFB’s bid to raise loans from foreign financial markets by floating masala bonds was patently misleading. It was a corporate entity and not the State government.

As per FEMA provisions, corporate entities could issue masala bonds to raise funds from foreign markets. The KIIFB was not a statutory body as deemed by the CAG and it worked on a market-sensitive “annuity” model. It ensured that its liabilities never overshot its assets.

The government would mobilise public opinion against the political move to undermine the KIIFB. The Bharatiya Janata Party and the Congress were behind the conspiracy to deprive Kerala of much-needed funds for infrastructure development.

The government had enlisted the best legal minds in the country to challenge the CAG’s finding in the High Court. Dr. Isaac said that the CAG had unilaterally submitted its audit observation regarding the KIIFB without according the State its right of reply.

The government would also take the battle to preserve the KIIFB to the Assembly and the election hustings, Dr. Isaac said.

After criticism, Dianne Feinstein to step down as top Judiciary Democrat