Home Breaking News Laadli Awards for articles in ‘The Hindu’ 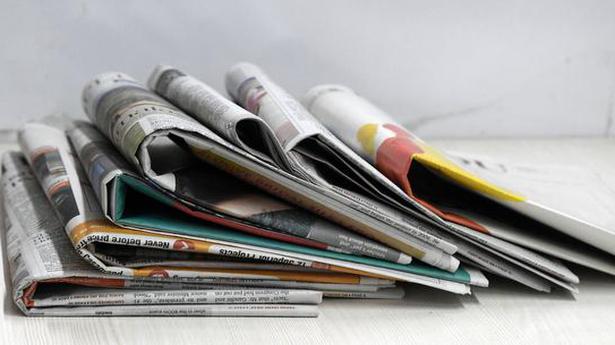 Three articles published by The Hindu, including two from the Magazine, have won accolades at the 10th edition of the Laadli Media and Advertising Awards for Gender Sensitivity 2020, announced online on Friday evening.

Raksha Kumar won the Award for Gender Sensitivity in the Western category for her article on the jam-making ‘superwomen’ of Himachal Pradesh’s Bhuira village.

Jyoti Shelar’s article ‘A harvest of crushed hopes’, which investigated the rising numbers of hysterectomies in Maharashtra’s Beed district that prompted a State inquiry, also won the Award for Gender Sensitivity in the Western category.

Majid Maqbool’s article ‘Kashmir through the female gaze’, which won the Jury Appreciation Citation in the North category, put the spotlight on Kashmiri women photojournalists who are busy breaking the mould with their work.

Laadli, a campaign that works for the empowerment of women and gender equality, is an initiative of the Mumbai-based NGO Population First. This year, some 75 people working in media won awards and 18 received jury citations.