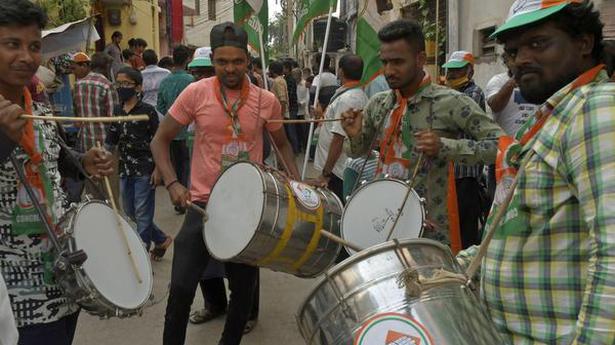 High-decibel electioneering has begun for the GHMC polls on December 1 with candidates making every attempt to register themselves in the minds of voters.

The State Election Commission (SEC) has stated loudspeakers and mics can be used during road shows and public meetings between 6 a.m. and 10 p.m. for which prior permission has to be sought from police. Loudspeakers and mics, however, should not be used within 100 metres of religious places, hospitals, education institutes and courts.

The commission issued instructions on Sunday about the due process for permissions to use the public address systems and vehicles during campaigning and on the day of polling, for the use of posters and pamphlets. According to the instructions, other forms of campaigning can be resorted to between 10 a.m. and 6 p.m. Hoardings and flexi posters related to the elections should carry the name and address of publisher, the SEC said.