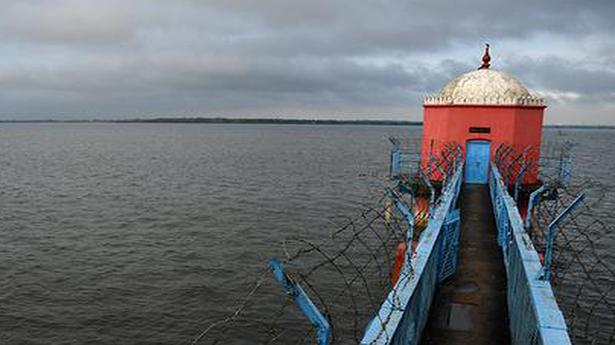 Most parts of the State may begin to experience an increase in rainfall from Monday. Some parts of Tamil Nadu may receive extremely heavy rainfall in isolated places during the upcoming rain spell.

According to the India Meteorological Department, a low-pressure area has formed over the equatorial Indian Ocean and adjoining central parts of the south Bay of Bengal on Saturday. It is expected to concentrate into a depression over the southwest Bay of Bengal by November 23 and further intensify into deep depression in the subsequent 48 hours.

The weather system is likely to move west-northwestwards towards the Sri Lanka–south Tamil Nadu coast and reach near the Tamil Nadu-Puducherry coast on November 25. Met officials said rainfall would initially cover the coastal districts on Monday and move to interior places from Tuesday. While there are chances of the weather system developing into a cyclone, the spell may last till November 26 and bring down the deficit in seasonal rainfall, particularly in coastal districts.

S. Balachandran, Deputy Director-General of Meteorology, Chennai, said, “We will get a better picture of the weather event in the Bay of Bengal on Sunday, particularly rainfall intensity and landfall of the weather event. It is now near the equatorial Indian Ocean and possibilities may vary. As of now, landfall has been predicted to occur between a broad region of Cuddalore to Ramanathapuram.”

The department is monitoring the weather system through its integrated weather observation systems, including surface observatories, integrated water vapour observations, ocean buoys and satellite images. “We have only issued a warning to be prepared and informed the State government authorities to be on alert about the approaching weather system,” he said.

The IMD has forecast that rain with moderate intensity may occur in many places over south coastal Tamil Nadu. Heavy rain is likely in one or two places in the delta districts on Monday.

As the system intensifies, moderate rain would cover more areas and extremely heavy rain of more than 24.4 cm are likely in one or two places over Nagapattinam, Thanjavur, Tiruvarur, Ramanathapuram and Pudukottai districts on November 24 and 25. Heavy to very heavy rain (6.4 cm to 24.4 cm) is also likely to occur at isolated places over Cuddalore, Mayiladuthurai, Sivaganga and Thoothukudi districts and Karaikal.

On November 25, a few places in Tiruchi, Ariyalur, Perambalur, Villupuram, Kallakurichi, Salem and Mayiladuthurai districts may receive very heavy rain. However, the department has forecast Chennai will have dry weather till Monday, and details on rainfall would be updated in the coming days.

Cabinet defers decision on inclusion of Lingayats in OBC