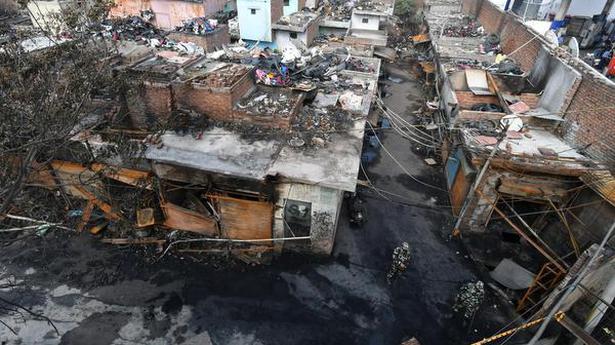 The Delhi High Court has granted bail to a 65-year-old man, who was arrested in connection with the north-east Delhi riots, noting there was no evidence against him and that rather he was a victim of the incident.

“That petitioner [Mr. Singh] is a victim of the riots. His house was also damaged by an unlawful assembly to which he has also lodged a complaint dated February 28,” the court said.

Justice Suresh Kumar Kait granted bail to Mithan Singh against whom the police have registered a case for rioting at Khajuri Khas police station here.

The Special Public Prosecutor (SPP) had opposed bail plea stating that there are serious allegations against Mr. Singh of him playing “an active role in the riots”. The SPP said Mr. Singh’s name cropped up after different complaints were merged.

Justice Kait, however, pointed out that on perusal of the complaints initially made, it reveals that no role was assigned to Mr. Singh, however, in supplementary statements he and his sons are named.

‘No video or photograph’

“It is also a fact that there is no video clip or photograph on record against the petitioner whereby the petitioner was chargesheeted in the present crime,” Justice Kait said adding, “In view of above, I am of the view that the petitioner deserves bail.” The court ordered that Mr. Singh shall be released on bail on his furnishing a personal bond in the sum of ₹25,000 with one surety in the like amount.

“It is made clear that the trial court shall not get influenced by the observations made by this court while passing the order,” it said.

‘Carbine deal a benchmark for UAE firms to invest in India’

Moscow (AP) Authorities in Kyrgyzstan on Saturday called an early presidential election for January after the nation’s previous president was driven from power...
Read more

The police on Saturday filed a case against eight persons for attacking a DMK cadre.A group led by A.P. Senthil, town secretary of...
Read more