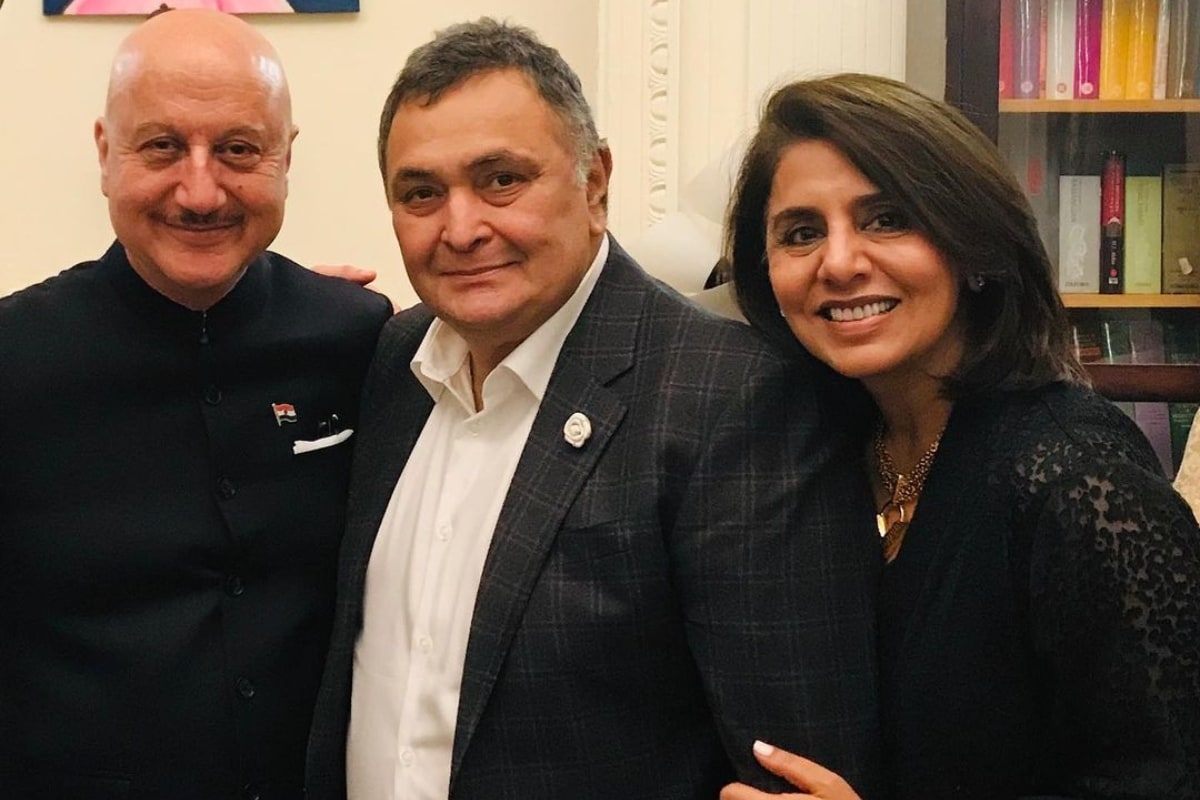 Anupam Kher is currently in Chandigarh with his family. The actor met his good friend, actress Neetu Kapoor who is in the city to shoot for her upcoming film, Jug Jugg Jeeyo. Kher got emotional after meeting Neetu for the first time without her husband, late actor Rishi Kapoor.

The veteran actor, who was very close to Rishi Kapoor, reminisced about the time he visited him in New York. Rishi Kapoor, who died on April 30 battling leukaemia, spent several months in New York for treatment. In his post, Kher mentioned how meeting with Neetu made him realise the void his late friend left behind. Kher also shared old photos of him with Neetu and Rishi. One of the pictures also featured actor Riteish Deshmukh and his wife Genelia D’Souza.

“Dearest Neetu, meeting you last night in Chandigarh without Rishi Ji triggered off so many memories of us together in New York,” reads an excerpt from Anupam’s post.

He further wrote, “Our shared tears made the bond of those moments stronger. These pics are a reminder of how #ChintuJi had a larger than life persona. I am so happy that you are working. You have made him the happiest person by doing so. We, your friends are always there for you. Remember “There are some relationships which are like a pause button on a tape recorder. They always start from where you left them!” Love and prayers . #Memories #Pics #ChintuJi @riteishd @geneliad”

Neetu replied to the heartfelt post in the comments, saying, “Too many memories came back Anupam. was so good to see you here.” Genelia also commented, “Touched my heart Anupamji… That evening was truly special.”

Neetu took off to Chandigarh a few days before Diwali. She was accompanied by her co-stars, Anil Kapoor, Kiara Advani, Varun Dhawan, and Prajakta Koli.

Neetu shared her feelings on returning to the sets after many years. She also mentioned on social media that it is difficult for her to do it without having her husband, Rishi by her side. However, Neetu said that her family, especially her children, Ranbir and Riddhima, have been extremely supportive and encouraging.