New Delhi: There’s more trouble in store for Bollywood actress Kangana Ranaut and her sister Rangoli Chandel as Bandra court has directed Bandra police to file an FIR against the two.

The complaint was registered by Munnawarali aka Sahil Ahsrafali Sayyed, who has alleged that both sisters have been tweeting derogatory comments about Bollywood and the Maharashtra Chief Minister Uddhav Thackeray.

Also, he has claimed that Kangana and her sister Rangoli’s tweets are spreading communal hatred and the two are talking a lot about media. 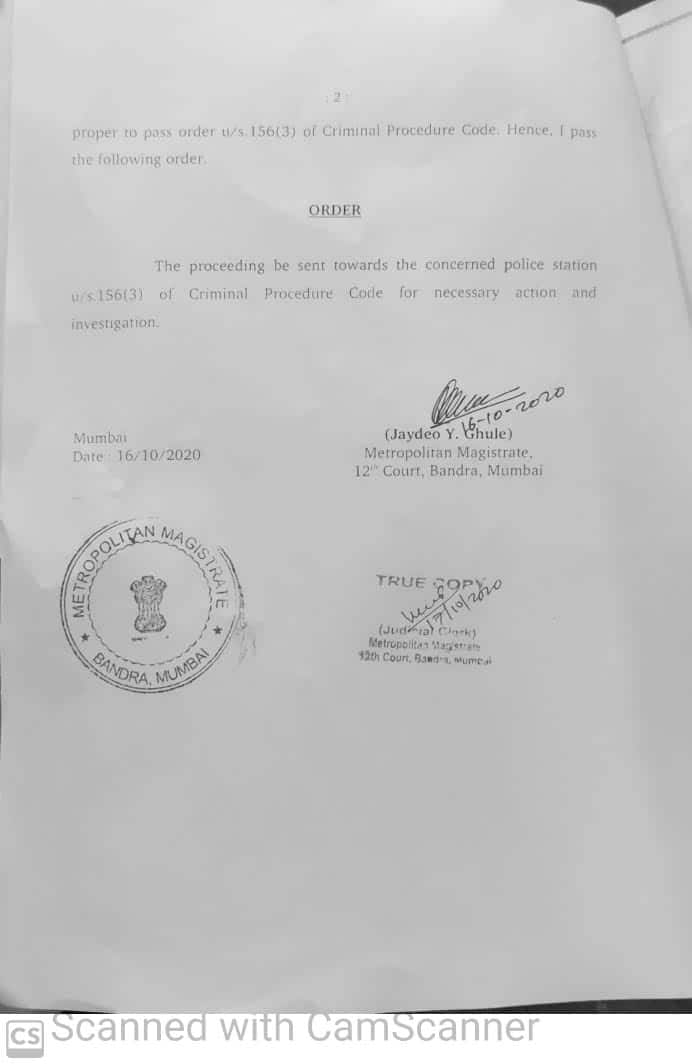 He has alleged that he tried filing a complaint against this in Bandra police station but they didn’t register it.

The complainant then moved Bandra court through his counsel.

A few days back, Tumkuru district police in Karnataka registered a case against Kangana Ranaut for her tweet against farmers who were protesting against the farm laws passed by the Parliament.

The FIR was filed after Tumkuru court directed the local Kyatasandra police station to book Kangana for her tweet on farmers.