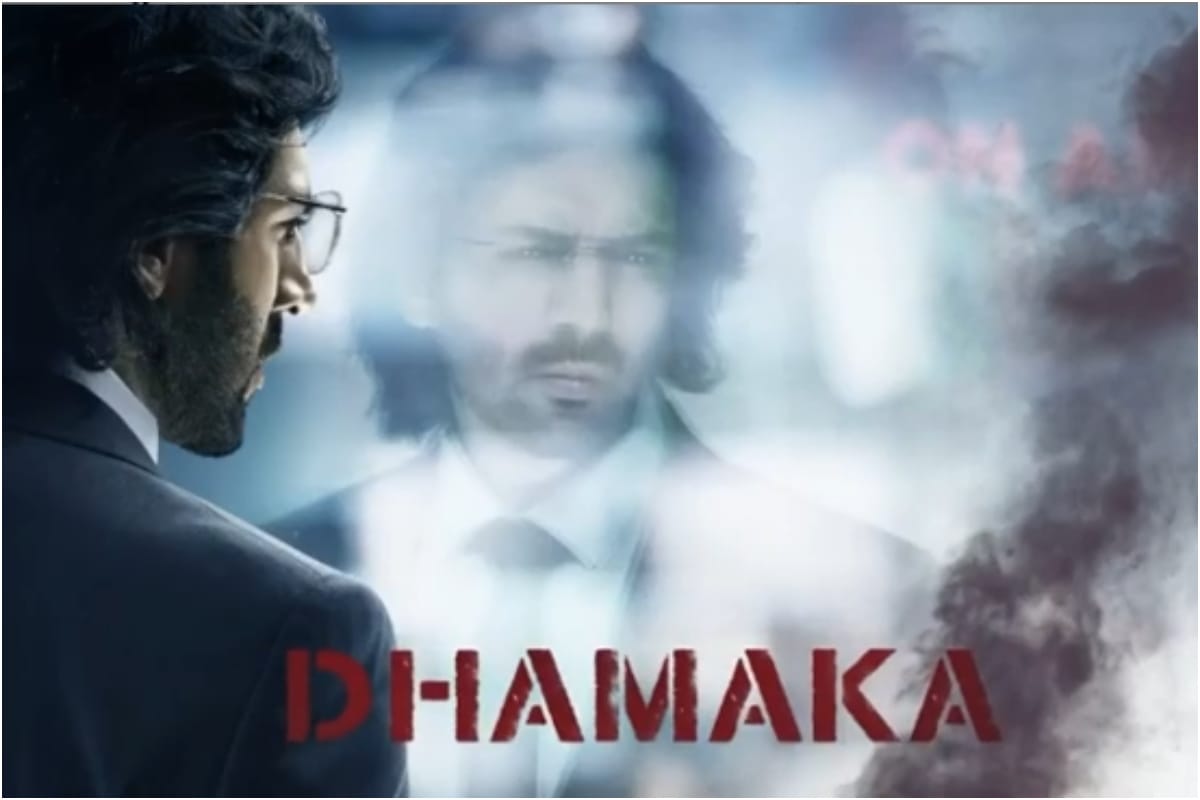 Mumbai: Actor Kartik Aaryan on Sunday revealed he is set to star in filmmaker Ram Madhvani’s thriller “Dhamaka”. The film would mark the first collaboration between Aaryan and Madhvani, who has helmed acclaimed movies like “Neerja” starring Sonam Kapoor and Sushmita Sen-fronted web series “Aarya”. Aaryan, who turned 30 on Sunday, posted the first look of the film on Twitter. The motion poster features the “Love Aaj Kal” actor – dressed in a blue suit, sporting long locks and wearing spectacles – looking out of a window pensively at a burning Bandra-Worli Sea Link bridge. According to a press release, “Dhamaka” gives a bird’s eye view into the workings of a news channel in the 21st Century.

“Dhamaka” is backed by Ronnie Screwvala’s RSVP Films, along with Ram Madhvani and Amita Madhvani. In the film, Aaryan will play a journalist who covers the live broadcast of a terror attack in Mumbai. “This for me is a miracle script and had me on the edge of my seat all through the narration. I knew this is the script that would give me the opportunity to explore a different side of me as an actor. “I can’t wait to transport myself to Ram sir’s world and see his vision translate on the big screen. This is also the first time I am collaborating with Ronnie and RSVP, and I am looking forward to this journey,” the actor said in a statement. Madhvani said though “Dhamaka” is a thriller on the outset, there lies a lot of emotion and drama in the screenplay that leads to the adrenaline rush.

“As a director, I am inclined towards human stories… This film demanded a young actor, with a certain amount of rawness in the space. Kartik, being one of the most talented actors in Bollywood, fits the bill,” he added. The director said shooting in the midst of the coronavirus pandemic will be challenging but the team will abide by the rules as laid down by the government.

“I have a terrific backing from my producer, Ronnie Screwvala, and our production teams at RSVP and RMF, are all well versed with the COVID protocols,” Madhvani said. Screwvala, who has backed films like “Rang De Basanti”, “Jodhaa Akbar”, and “Barfi”, said he is looking forward to collaborating with Madhvani and Aaryan for the first time.

“When Ram came to me with the script, I knew that I couldn’t miss out on this one, and we got a similar reaction when we narrated the script to Kartik as well,” the producer added. The film is expected to go on floors next month, with the makers eyeing summer of 2021 for release.