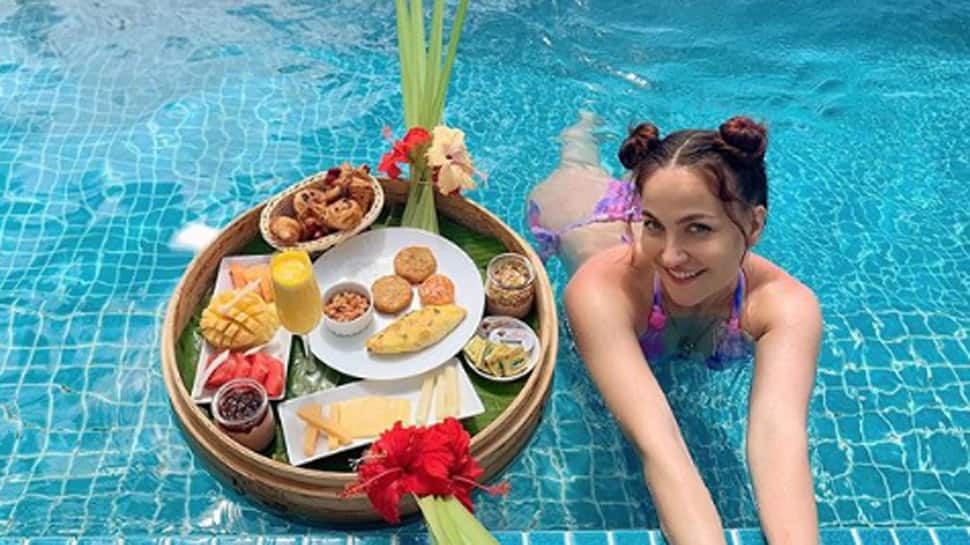 New Delhi: Model-actress Elli AvrRam is having a gala time at the picturesque beaches of Maldives. Jessie of ‘Malang’ aka Elli took to her Instagram handle and dropped a bomb of a bikini photo diary from her vacay.

On the work front, Elli AvrRam played the role of Jessabelle aka Jessie in Mohit Suri’s ‘Malang’ which starred Disha Patani, Aditya Roy Kapur and Anil Kapoor in lead roles. Swedish-Greek beauty donned dreadlocks in the movie and her look was much appreciated.

Elli became popular after her stint inside ‘Bigg Boss 7’.

Recently, she featured in Netflix Originals ‘Typewriter’ by Sujoy Ghosh and ALTBalaji’s web-series ‘The Verdict—State vs Nanavati’.

Anushka Sharma to Salman Khan: How celebs looked in school