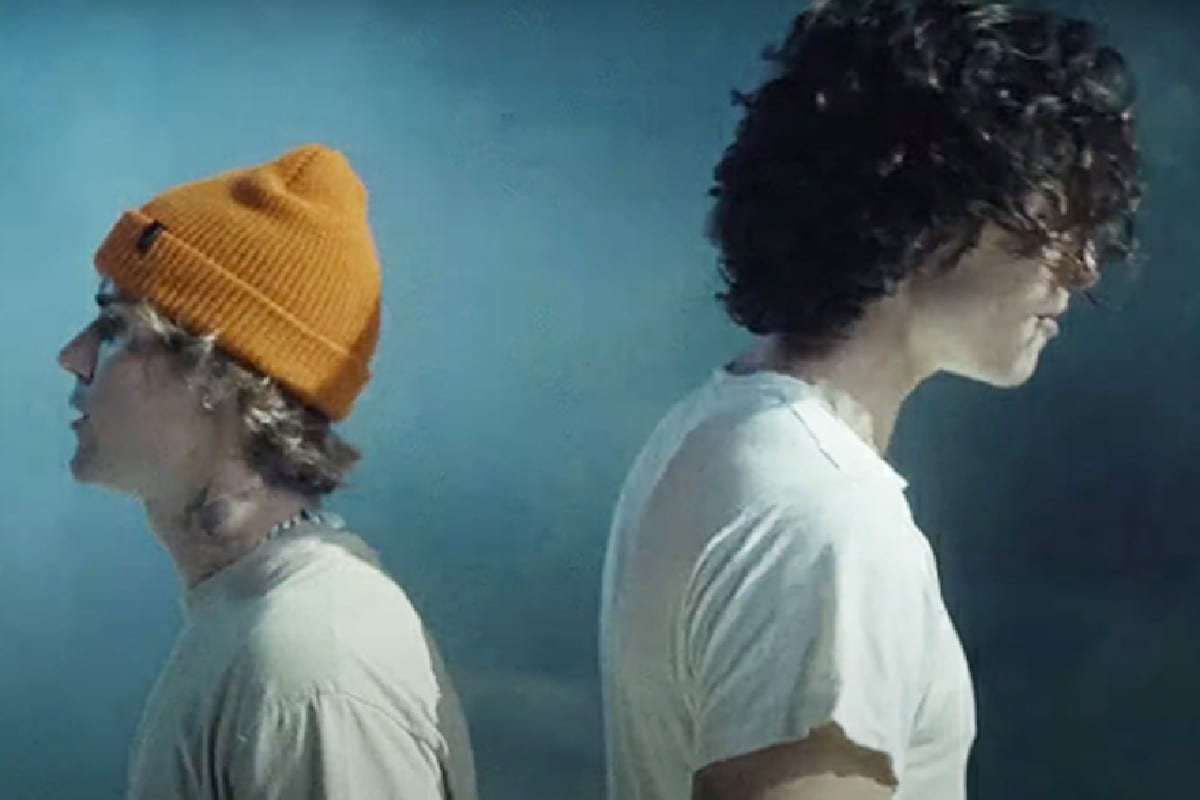 Justin Bieber has collaborated with Shawn Mendes for the first time in the just-released track, Monster. Ahead of the launch of his Wonder album, the Spanish singer debuted Monster’s official music video. Shawn and his fellow Canadian pop star detail the rise and fall of an artist in what is their maiden collaboration. In their first collab, the duo pours their heart out, confronting demons within and handling the pressures of fame and success. Both the artists have stark differences in their approach, experientially, in the world of celebrity.

In the accompanying video of Monster, Shawn is walking past a park in the middle of the night, where his paths cross with Justin’s.

Each of them take turns on their verses, addressing the ‘pedestal’ of fame and its perils. They reflect on the ‘monster’ of their past and the fear they want to avoid.

Justin and Shawn speak about ‘tripping’, ‘falling’, and ‘breaking down’. Justin talks about his bad past as he opens up about being jealous. Further, talking about the bad moves he made at the age of 15 and how troubles started at a young age. He reflected at the phase when he felt demoralised and depressed in life when ‘everything hurt’ in life at the time. Shawn’s expressions are relatable as he also uses his space to look back at his coming-of-age.

Jennifer Lopez goes nude for the cover of her upcoming single, ‘In The Morning’ – Times of India