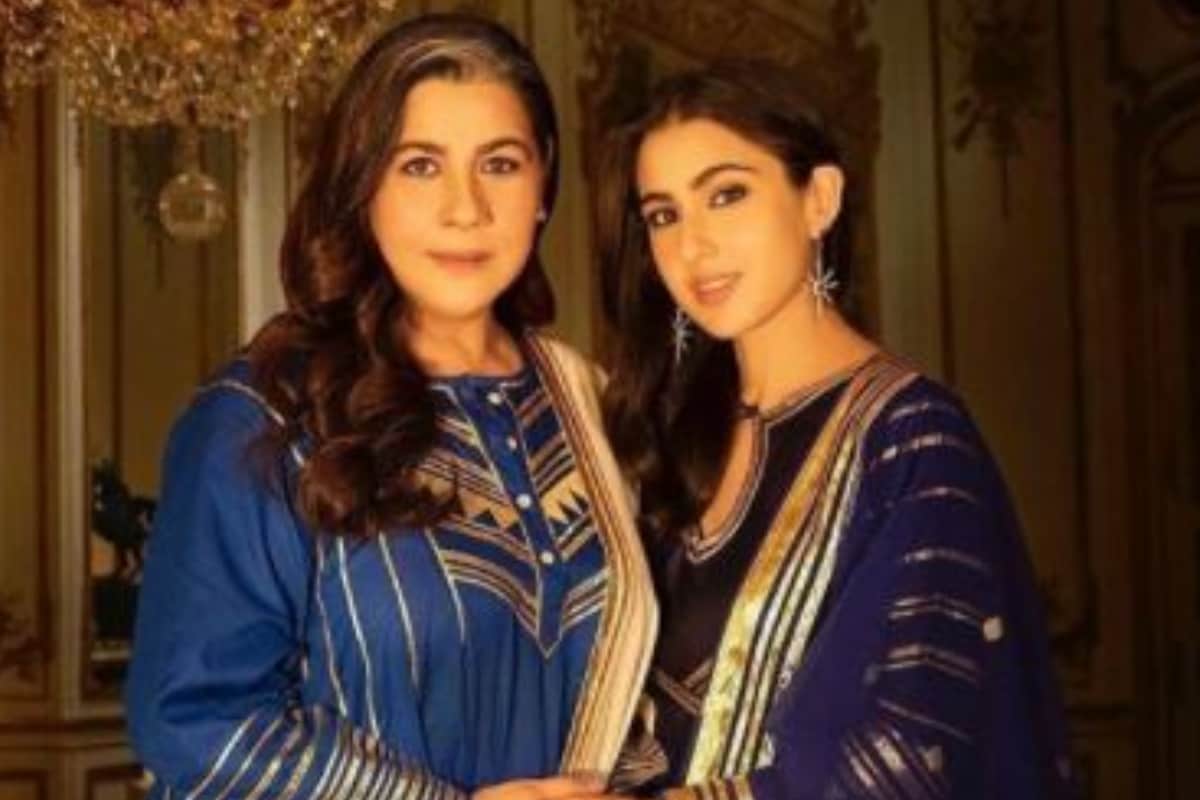 Photographer Manav Manglani has shared a lovely picture of Sara Ali Khan and mother Amrita Singh on his Instagram handle. The picture is from Diwali 2020 celebrations. Sara and Amrita are twinning, both wearing different shades of blue with almost similar designs. The mother-daughter duo looks gorgeous in the picture.

Shared last night, the picture has garnered more than 9,000 likes on the photo-video sharing app. A comment on the picture from Sara’s brother Ibrahim Ali Khan Pataudi’s fan club said, “Such an iron woman and her baby girl.”

Another person said that they look stunning while most admirers of the duo posted heart emojis in the comments section of this photograph.

Sara Ali Khan is one of the most popular actresses in the industry. Daughter of actors Amrita and Saif Ali Khan, Sara debuted in Bollywood in 2018 and is three films old now. She has gained attention for her energy on camera and screen presence, similar to mother Amrita. Sara resembles her mother in looks.

Apart from the picture shared by Manav, Sara has shared some solo pictures of herself on Diwali 2020. Sharing her picture, Sara wished everyone on the festival of lights.

Later, she also posed with brother Ibrahim on Bhai Dooj 2020. Sharing several pictures with her younger brother, Sara wrote, “Wishing all brothers and sisters a happy Bhai Dooj. Missing you my Iggy Potter.”

Sara’s fan-following can be understood by the fact that since being posted almost a day ago, the picture has already received more than 14 lakhs likes. A fan commented, “Looking so beautiful and pretty,” while another one said, “Love thank you. We were waiting for the pictures.”

On the professional front, Sara is reportedly currently working on two films namely — Coolie No. 1 and Atrangi Re. She last appeared with Kartik Aryan in the 2020 film Love Aaj Kal directed by Imtiaz Ali.