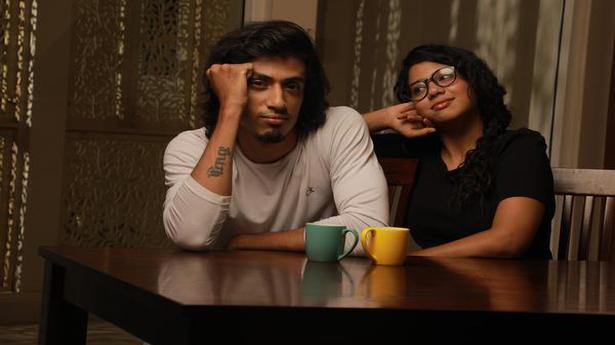 Actor Shariq Hassan, who will be seen in a mini-series, on what it takes to go for the brass ring in Tamil cinema

Shariq Hassan never needed to look beyond his family for inspiration. The son of actor-couple Riyaz Khan and Uma Riyaz, the 26-year-old follows his parents’ footsteps when it comes to fitness. “It (fitness) has been a habitual thing since school days. Fitness was never an ‘addition’ to my routine,” he says, over phone from Chennai.

The actor never misses a gym day, and the many fitness videos he uploaded to Instagram during lockdown has certainly helped add to his social media following. Now, the former Bigg Boss Tamil contestant is looking forward to an OTT debut with Kaalam Neram Kadhal, a mini-series directed by Mohan Dhandayudhapani.

Tell us about Kaalam Neram Kadhal.

It is sort of a romcom. It has five episodes, each running for 15-20 minutes. The story is about Ron (Hassan) and Sherin (Sreenidhi Sudarshan) who are best friends since childhood.

Something devastating happens to Ron and he goes to Sherin’s for a short stay to take his mind off, but then lockdown happens. How they bond and will they express their feelings to each other is what the story is about.

Yes, now that you say it… but we shot for this on a low scale at a friends’ place near my house before Putham Pudhu Kaalai would have started filming. Our hope is that there would have been people who experienced similar situations during lockdown and they will connect with the story.

Has the Bigg Boss experience helped your career?

It does give you a massive exposure because it is like a TV serial that people watch together. Bigg Boss eases the approach to landing advertisement or film opportunities, but it doesn’t guarantee you the job.

It is a game show. Unfortunately, most people who go to Bigg Boss enter with dreams of making it big in the film industry.

I shot for Pencil four-and-a-half-years before I entered Bigg Boss 2 in 2018. After that show, yeah, I have been waiting for the right opportunities to come my way. There will be two announcements by the end of the year, one of which is an OTT film where I play the lead.

Is there a luck factor to all this?

Certainly, look at Harish Kalyan after Bigg Boss. It can’t happen for everyone. In my case, yes, I come from a film family and yes, the path is smoothened because of it. But I need to prove myself. Contacts, too, play a part in the film industry, so it doesn’t matter if you look good and are fit for a character.