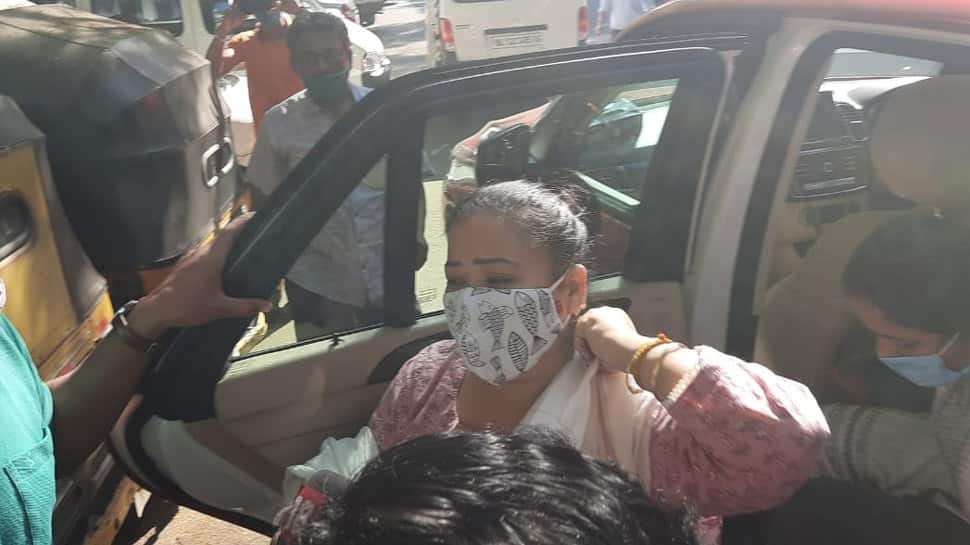 New Delhi: In a shocking turn of events, after the popular television couple, comedienne Bharti Singh has been arrested while her husband Haarsh Limbachiyaa is being probed by the Narcotics Control Bureau (NCB). The arrest is being made in relation to the drugs case.

Earlier, in the day NCB officials conducted raids at their Mumbai residence.

In a fresh tip-off, NCB raided their house in relation to the drugs case. According to NCB sources, after getting a tip-off from drug peddlers, the NCB officials landed at Bharti Singh’s house.

“She and her husband both have been detained for questioning by NCB about possession of narcotics substances,” says Sameer Wankhede, Zonal Director, NCB Office, Mumbai pic.twitter.com/omht7fNXOj

“A team led by NCB’s zonal director Sameer Wankhede carried out a search at Bharti Singh’s residence at Lokhandwala Complex in Andheri based on specific information. A small quantity of cannabis was recovered from her place,” the official told PTI. “Singh’s name had cropped up during the interrogation of a drug peddler,” he said.

In a related development, NCB detained another drug peddler today, whose arrest is being probed in relation with raids at Bharti and Haarsh’s residence.