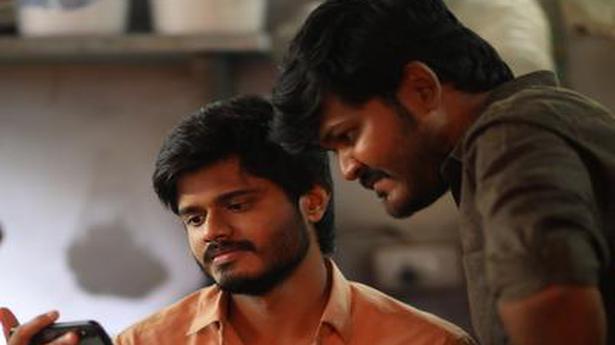 The Telugu film Middle Class Melodies reflects debut director Vinod Anantoju and writer Janardhan Pasumarthi’s fondness for the Guntur-Tenali region in Andhra Pradesh where they grew up. The comedy family drama has been warmly received since the time it began streaming on Amazon Prime Video.

“I wanted to make a film that narrates small stories that we see around us,” says Vinod. The fictional story is built on observations of middle class families near Guntur, the street food culture of the city and of course, the special ‘Bambai chutney’.

“Food is not the only thing that we love about Guntur, but we focused on it since it is a part of this story,” says Vinod. The ‘pulihora’ dosa, mirchi bajji and drinks with sabja seeds shown in the first song of the film are all some of the director’s and writer’s favourites. Vinod and Janardhan have known each other since college and share a common interest in Telugu literature and cinema.

“My father was the branch manager of the Visalandra bookstore in Guntur, and our home was like a mini-library. Reading helped me understand the art of storytelling. I read whatever interested me, from short stories to novels and non-fiction titles,” Vinod reminisces.

He studied electronic engineering at Bapatla Engineering College and later worked in a multinational IT firm in Hyderabad and Bengaluru for seven years.

Meanwhile, the interest in cinema continued to grow, as he felt the medium was effective to tell stories that would reach a large audience. “I didn’t learn filmmaking formally. Short films were my learning ground,” says Vinod.

The corporate work life was hectic and somewhere down the line, he decided to pause and venture into filmmaking. “Since Janardhan and I vibed well, we collaborated. The script took up five to six months. I then approached production houses and actors; some didn’t like the story, others thought it wouldn’t be commercially viable,” he recalls.

Vinod was particular that the film had to reflect simple, everyday life. The rootedness in the film, he discloses, is influenced by Telugu cinema of the 80s, films made by Bapu and Jandhyala, and a slew of recent Malayalam films that depict everyday life: “I have to give credit where due. Telugu cinema has become larger than life whereas Malayalam films have been consistently depicting day-to-day lives in a manner that’s viable to mainstream cinema. I took the essence of that style of narration for our story,” he explains.

Through director Tharun Bhascker, he learnt that actor Anand Deverakonda was on the lookout for interesting stories. “He was working on Dorasani when I met him. I wanted fresh faces for my film and since he was still new, with no star image, he fit the part,” recalls Vinod.

Around the same time, Vinod pitched the story to production house Bhavya Creations, and the project took shape. The tougher task was to hire actors for supporting parts. “We met several theatre actors from Vijayawada, Guntur, Tenali, Godavari and Krishna regions. Once we selected the actors, we did script reading sessions and workshops. The supporting parts were all written with depth and we needed good actors,” he shares.

Goparaju Ramana who plays the hero’s father, has been lauded for his performance. Vinod was impressed by his performance in a play staged at Ravindra Bharathi, Hyderabad, and insisted he play the key character: “He is such a talented actor.”

Middle Class Melodies is a coming together of several characters and their stories. Talking about the complexities of the characters and the scope given for smaller parts to shine, Vinod says, “I didn’t want any of the characters to be unidimensional, because we are not like that in real life. During the writing process, we worked on character motivations to show the strong viewpoints and actions of different people. Otherwise, it becomes lazy writing.”

Vinod is writing his next film and is keen to move away from the comedy, family drama space. “I don’t want to be stale and repetitive. I want to try out a new genre and more importantly, better my craft. People are appreciating my film, but I know where I’ve made a few mistakes. I want to learn and become a better filmmaker.”