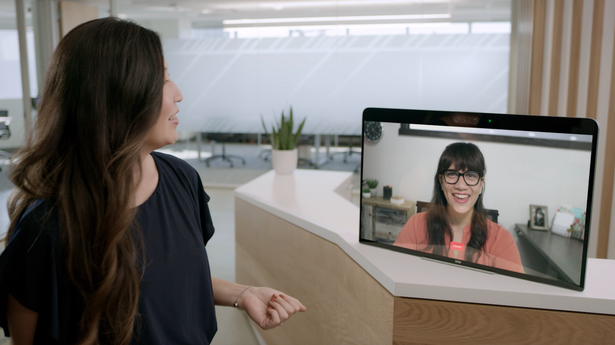 Here’s our curated list of important tech news from this week in byte size.

Zoom has announced new enhancements for companies with hybrid working models. The new Zoom Room features include an option to extend laptop screen to a larger compatible touch device for increased interactivity; save and share whiteboard session from a Zoom touch or home device to a chat as a PDF, PNG, or JPG; remote admin controls; ability to transfer a call to a compatible device; 49 videos in gallery view; new virtual receptionist/kiosk mode for a contactless experience. This week, Zoom also introduced new security features to manage unruly meeting participants.

Google said that it will be introducing new settings for users to control their data in Gmail, Meet, and Chat that is used to offer smart features and personalisation. Smart features such as tabbed inbox; smart compose and reply in Gmail; reminders for when bills are due in the Google Assistant; restaurant reservations in Google Maps are provide using automated algorithms with help of the data, according to Google. In another update, Google also launched new tool to map where trees are needed most.

Some YouTube creators to miss out on ad revenue

Google has updated YouTube’s terms of service and added a new section called Right to Monetize. According to the new terms, YouTube creators who are not part of the YouTube Partner Program (YPP) will not receive a share of the revenue generated from the ads displayed on their videos. Google said the creators can still apply for YPP once they meet the eligibility requirements that include more than 4,000 valid public watch hours in the last 12 months and more than 1,000 subscribers. In another development, YouTube said that it will a add link on COVID-19 vaccines on its site to combat misinformation.

Spotify has introduced a new feature called ‘Your Episodes’, which allows podcast listeners to easily save the content they like or want to listen to later. Spotify users can simply bookmark a podcast episode just by tapping on the plus icon to add the episode to a new ‘Your Episode’ playlist. The feature can be accessed by both free and premium user on iOS, and Android across the globe. Recently, Spotify agreed to buy ad tech firm Megaphone to monetise podcasts.

Firefox will end support for Adobe Flash in January, Mozilla said in a blog post. Firefox version 84 will be the last version to support Flash, and with the release of version 85 on January 26, 2021, Flash support will end, it added. For users on Beta release channel, Flash support will end on December 14. There will be no setting to re-enable Flash support. Also, the Adobe Flash plugin will stop loading Flash content after January 12, 2021, Mozilla noted. In a separate development, Microsoft’s Edge browser received new productivity and online shopping features.

Facebook has announced new messaging features for Instagram, and Messenger. Users can now access the Watch Together feature to experience IGTV, Reels, TV shows, movies and trending videos in real-time over video chat with their friends and family. It also added special BTS chat theme along with other features such as selfie stickers, custom emoji reactions, animated message effects and message controls, available across the globe to anyone who chooses to update to the new Messenger experience on Instagram, Facebook noted in a blog post. This week, Facebook also announced new ‘vanish mode’ feature on Instagram, and Messenger.

The epic world of Star Wars lands in Minecraft, in an exciting downloadable content (DLC) mash-up. Minecraft Star Wars DLC includes content from A New Hope, The Empire Strikes Back, Return of the Jedi, and The Mandalorian, with all the galactical goodness spread across 12 different planet dioramas, Minecraft noted in a post. The DLC includes a map, a skin pack, a full bespoke texture set, mobs and items reskins, UI treatment, and even a licensed soundtrack, it added. In another development, a new artificial intelligence system can detect whether a player is cheating in an online multi-player video game.

iPhone and iPad users will be able to customise their devices with new Google widgets for apps like Gmail, Drive, and Fit, that will be available in the next few days, Google noted in a blog post. Widgets for Calendar, and Chrome are also on the way, it added. Using the Gmail widget users can search their inbox, start a new message and check for unread messages at a glance. While the Drive widget gives access to files, and offers file search function from the home screen. In another update, Apple responded to concerns over its malware check process.

You can read more at thehindu.com/technology

Lockdown weight loss:” I lost over 18 kilos by walking for 45 minutes daily!” | The Times of India

Benefits and Uses of Desi Ghee for Pregnant Women

Perimenopause: Why the Period of Transition to Menopause Needs Care