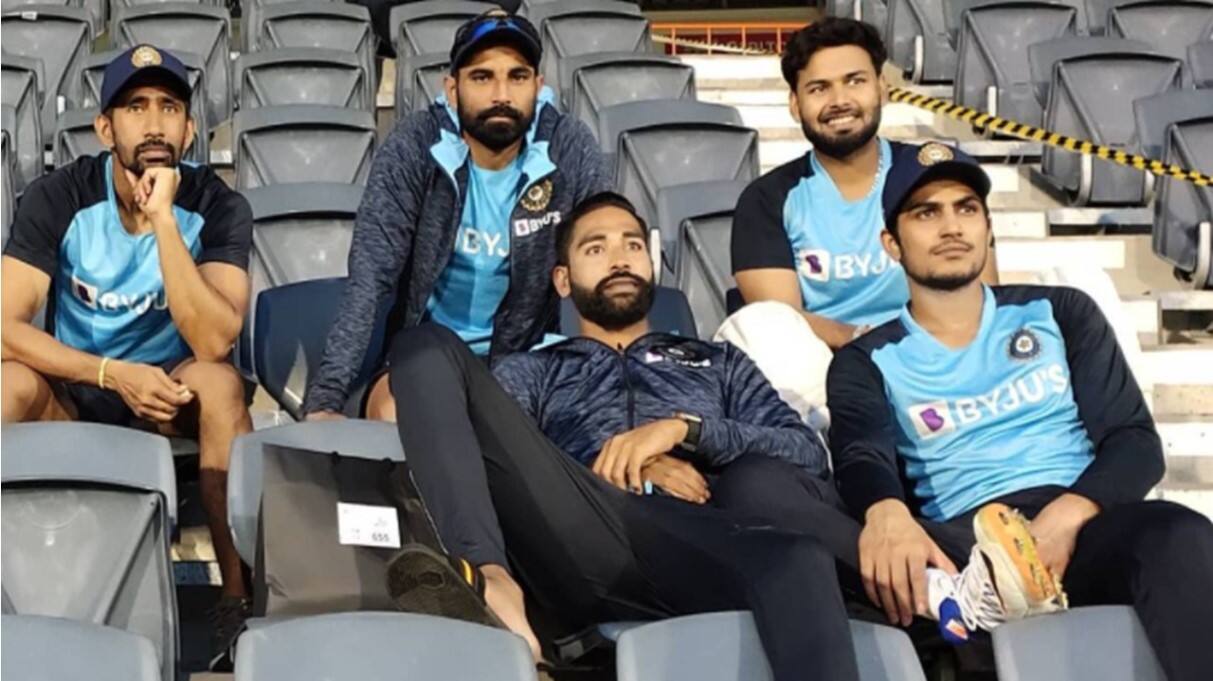 The Indian cricket team is doing everything it can to support pacer Mohammed Siraj in Australia following the demise of his father. In what was an extremely tragic news, Siraj’s father passed away on Friday while he was away in Australia on international duty.

The Indian cricket team posted a photo from their official Instagram handle, captioning the post as “Through thick and thin, ups and downs, we are always together! #TeamIndia”

In the photo, Siraj can be seen surrounded by his India teammates Wriddhiman Saha, Mohammed Shami, Shubman Gill and Rishabh Pant in the stands of the ground.

BCCI had given Siraj the option of returning to India immediately to perform the final rites but in a tremendous show of character – Siraj declined the offer, choosing to perform the national duty first.

BCCI chief Sourav Ganguly had lauded Siraj’s character for this very brave call amidst a very difficult time for him and his family.

May Mohammed siraj have a lot of strength to overcome this loss..lots of good wishes for his success in this trip.. tremendous character @bcci

The Indian team is currently in quarantine in Sydney, where they are undergoing a 14-day mandatory quarantine. However, they are allowed to train there and the preparations are reaching the final hurdle with less than a week to go for the first game.

India are slated to play three ODIs, three T20Is and four Tests Down Under and would look to repeat their heroics from their last tour. The tour begins with the ODI series, commencing on November 27. The first Test is scheduled for Adelaide from December 17.

India had defeated Australia 2-1 during their previous tour in 2018-19 but it must be noted that their star players, Steve Smith and David Warner, did not play during that series – serving an year-long ban for the infamous ball-tampering incident.

India in Australia | ‘Fab Five’ can hunt down the Aussies: Shastri