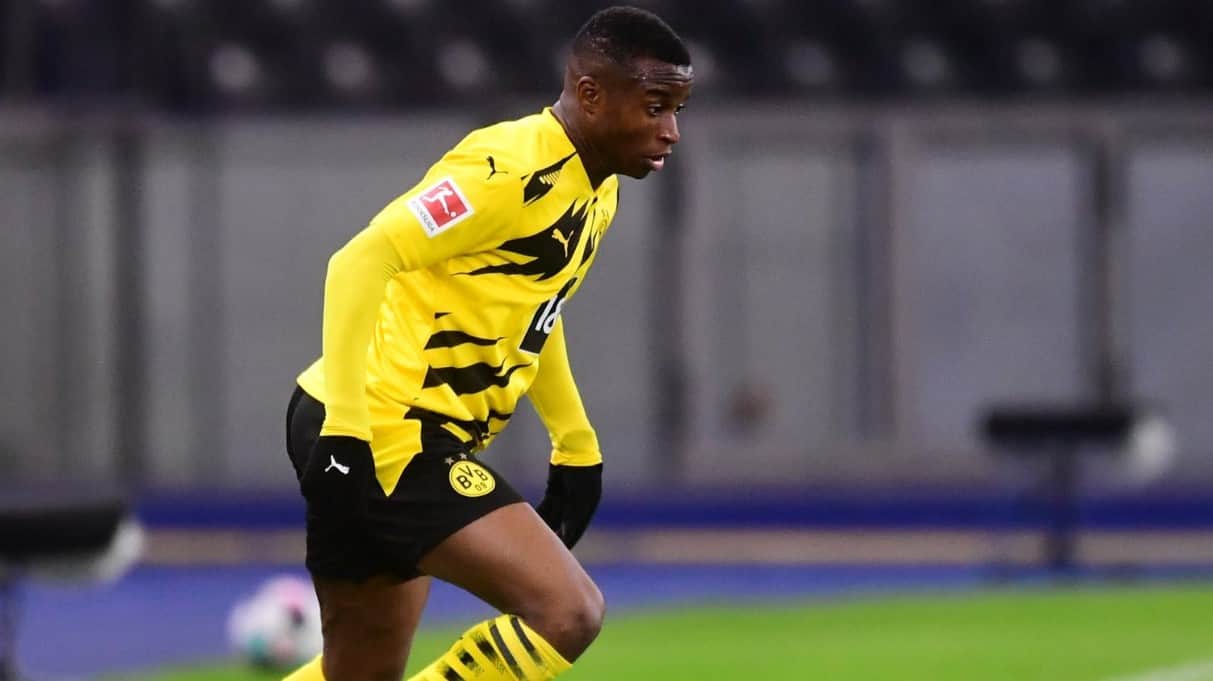 Berlin: Youssoufa Moukoko has become the youngest player to feature in a Bundesliga match after he made his debut for Borussia Dortmund at Olympiastadion Berlin. Moukoko turned 16 on Friday and was immediately included in Dortmund`s squad for their league clash away to Hertha Berlin.

A rule change in the German top-flight earlier this year has changed the minimum age requirement from 16 and a half to 16, enabling his inclusion on the bench, the day after his birthday.

The young forward appeared in the 85th minute coming on for Erling Haaland, as he replaced the Norwegian, who fired four goals on Saturday, to mark a new Bundesliga record.

Dortmund thrashed Hertha by 5-2 and now stands at the second spot in the points table with 18 points. Former coach Michael Feichtenbeiner is just one of those to have seen Moukoko who predicts big things for the forward.

“Such talent does not come along in Germany every five years. His football skills are simply outstanding and he is a player who can make all the difference. He scored his goals everywhere – and there will be no end. Youssoufa will break many records in the Bundesliga,” Goal.com quoted ex-Germany U16s coach as saying.

“In an environment like Dortmund with so many young players, it`s a little easier for him. You can see that in Jude Bellingham, who as a 17-year-old from England seems to have few problems keeping up with the level,” he added.

Moukoko has also made an impact at the international level, representing Germany at both U16 and U20 levels.

MS Dhoni or Virat Kohli ? : Here’s what our polls suggest should win ODI Player of the Decade Award!