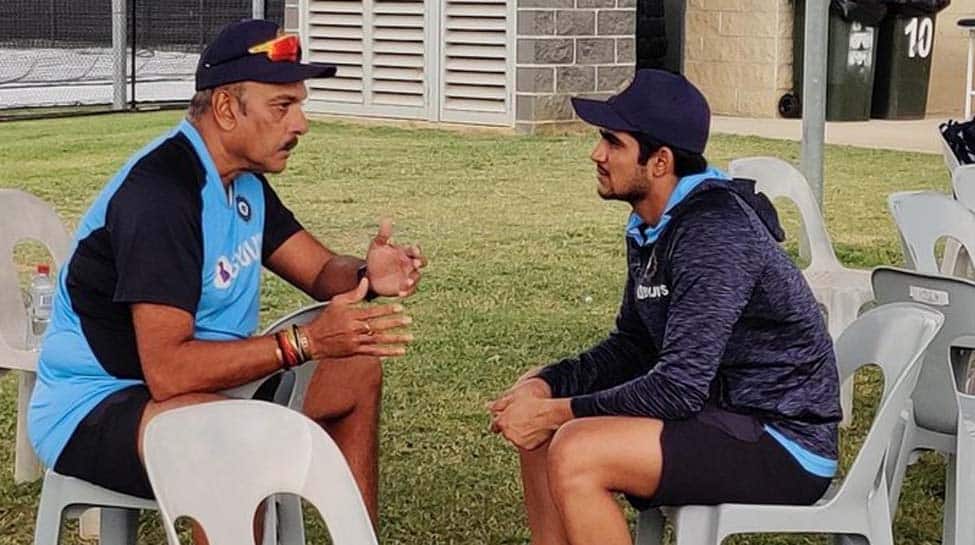 With just a few days left to the commencement of his side’s limited-overs fixtures against Australia, Indian head coach Ravi Shastri recently engaged in a ‘good conversation’ with young batsman Shubman Gill.

Shastri took to his official Twitter handle and posted a picture in which he and Gill could be seen sitting on chairs and having an intense discussion.

Along with the picture, Shastri wrote,”Nothing beats a good conversation about the great game #LoveCricket #AUSvIND – with Shubman Gill.”

Gill, who has featured in just two matches for India in the 50-over format so far, has been included in both ODI as well as Test squad against Australia.

The 21-year-old will be keen to come up with impressive performances in his side’s upcoming tour to Australia in order to cement his spot in the national team.

“Great to get back to business – with @hardikpandya7 @SDhawan25, @imShard, #TeamIndia #AUSvIND,” the Indian head coach wrote along with the photos.

India and Australia are slated to play three-match T20I series and as many ODIs, beginning November 27 at the Sydney Cricket Ground (SCG). The two sides will then head into the Border-Gavaskar Trophy featuring four Tests, starting December 17 at the Adelaide Oval.

India are the defending champions after they became the first Asian side to defeat Australia in a Test series Down Under in 2018-19 under Virat Kohli’s captaincy.

Meanwhile, the Men in Blue clinched a 2-1 victory over Australia in the previous three-match ODI series between the two sides in January this year.

Australia, on the other hand, will be eager to come up with a better performance than last time around and keen to clinch the series against the Kohli-led side at their own den.

The home side is boosting with confidence following the return of their former skipper Steve Smith and former vice-captain David Warner who both missed the last series due to the one-year suspension imposed on them for their involvement in ball-tampering scandal in South Africa in March 2018.