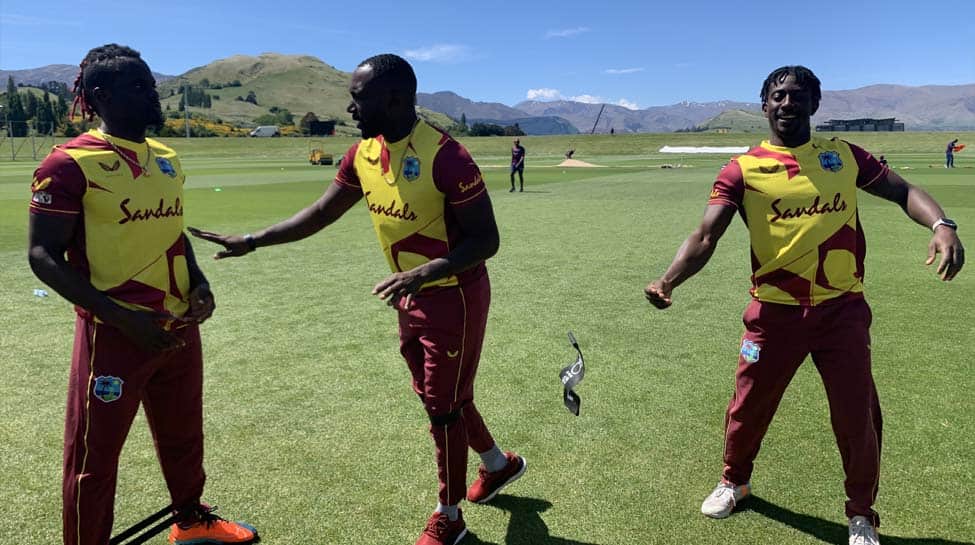 The Cricket West Indies (CWI) has unveiled a new T20 International jersey for the national side ahead of the upcoming three-match series against New Zealand, beginning November 27 at the Eden Gardens in Auckland.

The new shirt, which is made up with a premium, lightweight performance stretch fabric, comprises of contemporary maroon and yellow geometric pattern on the front along with contrast maroon sleeves.

“The bold, vibrant colours and design are a trademark of the #MenInMaroon, one of the most successful, exciting and skillful teams in world cricket. The playing shirts are made with a premium, lightweight performance stretch fabric and are available in both short sleeve and long sleeve versions,” an official statement from the CWI stated.

The Caribbean side will be donning the new jersey during all the matches in the shortest format of the game in the build-up to the International Cricket Council (ICC) T20 World Cup as well as in all the women’s T20I matches.

Reflecting on the same, CWI’s Commercial Director Dominic Warne said that they remain hopeful that the cricket fans would love this new bold design which will be used against New Zealand and throughout 2021.

“We’re really excited for the new T20I shirt to debut with the West Indies Men’s team in New Zealand at the of the road to the ICC T20 World Cup. We know that fans will love the bold design and rally behind the #MenInMaroon for this Series and throughout 2021. Castore have created a superb range of playing and training gear that have been in demand since launching prior to the Sandals Tour of England 2020 and we expect to see great demand from West Indies fans, the most passionate cricket fans in the world,” he stated.

On a related note, West Indies will head into the T20 World Cup as defending and two-time champions after having won back-to-back titles in the marquee event in 2012 in Sri Lanka and again in 2016 in India.

India vs Australia: From Virat Kohli to Yuzvendra Chahal, top Indian players to watch out for in ODI series | Cricket News – Times...