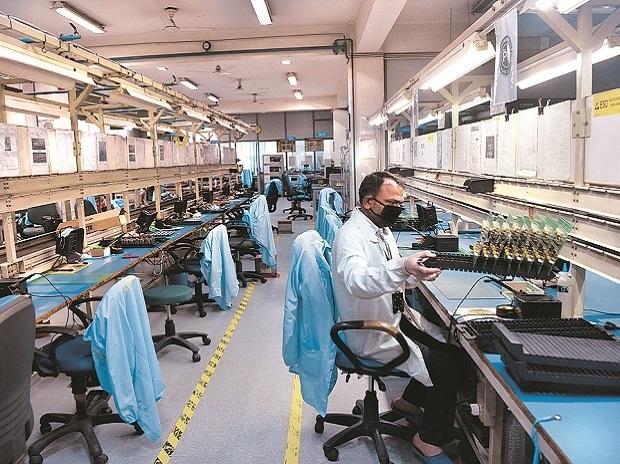 Suboptimal workforce due to festive hangover has meant that the industry in Ahmedabad is unfettered during the two day curfew imposed in Ahmedabad by the state administration.


Rising Covid-19 cases caused by uninhibited shopping spree during the recently concluded Diwali festival by citizens has forced Gujarat government to impose curfew from Friday 9 pm till Monday 6 am in Ahmedabad.

However, according to industry representatives, festive hangover coupled with the curfew being imposed during the weekend, there has not been much impact on the operations of units.


“Firstly, the curfew has come during the weekend when many units observe week-offs on Sundays. Secondly, due to festive hangover units were anyway operating at sub-optimal workforce. Hence, there has not been much impact of the curfew,” said Ajit Shah, secretary, Federation of Industries Association (FIA) Gujarat.


Moreover, 25 per cent of the roughly 40000 units in Ahmedabad district operate in the essential services segment such as pharmaceutical which have been allowed to function during the curfew.


“There is no disruption in manufacturing of essential medicines during the curfew. The plants have been allowed to operate seamlessly,” said Viranchi Shah, Senior National Vice President at Indian Drug Manufacturers’ Association (IDMA).


Imposition of the curfew comes in the wake of Ahmedabad district recording 327 new Covid cases on Friday, the highest daily cases in over five months. Of these, 305 were recorded from within Ahmedabad city.


With citizens throwing caution to the wind during Diwali festivities, Ahmedabad saw a 60.5 per cent rise in daily cases from 190 on November 13 to 305 on November 20, with the city now clocking nearly 74 per cent of total persons under quarantined in the state on Friday.


According to a notification by Ahmedabad city police commissioner Sanjay Srivastava, with the curfew being clamped from Friday 9 pm till Monday 6 am, citizens were not supposed to come out of their residences and commute on roads, whether on foot or on vehicles, without any valid reason. About 4500 police personnel, cops from traffic department and two companies of state reserve police force (SRPF) have been deployed in Ahmedabad to maintain law and order.


Yet, amid the two-day curfew, essential services including public and private medical services, milk supplies, utility units, telecom services, fire and emergency services, media, home delivery of medicines, manufacturing units of essential services such as pharma, transportation of goods to airport and railways, ATMs and commercial transport have been allowed.


Addressing concerns over supply of essentials like milk, Gujarat Co-operative Milk Marketing Federation (GCMMF) managing director R S Sodhi on Friday assured ample supply of the commodity. “It seems consumers are worried about milk shortage during Ahmedabad curfew for the next two days and (are engaged in) panic buying. Amul ensures all consumers that milk is exempted from curfew, all our parlours and shops are open. Rather, we shall supply 10 per cent more milk,” Sodhi stated via social media platforms.


Also, students or candidates appearing for exams such as NET, CA, CSIR and staff selection committee, among others will be allowed to commute during the curfew by producing requisite receipts or passes.


Meanwhile, apart from two day curfew in Ahmedabad, night curfew in Surat, Vadodara and Rajkot have been imposed by the state government in a bid to control the Covid-19 spread. Moreover, following suit, other states like Madhya Pradesh and Rajasthan have also imposed night curfews.