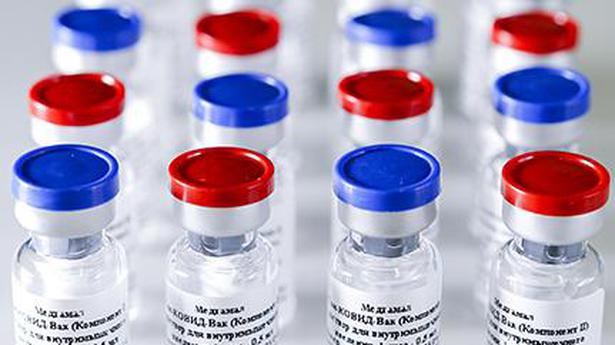 Phase 3 trials of the vaccine are already underway in Russia and UAE.

This will be a multi-centre and randomised controlled study, which will include safety and immunogenicity study.

Developed by Gamaleya National Research Institute of Epidemiology and Microbiology, Russia, Sputnik V vaccine is the world’s first registered vaccine against COVID-19 based on the human adenoviral vectors platform. The vaccine was registered by Russia’s Health Ministry in August.

The DCGI approval “is a significant development that allows us to commence the clinical trial in India. We are committed to bringing in a safe and efficacious vaccine to combat the pandemic,” Dr. Reddy’s Co-chairman and Managing Director G V Prasad said in a statement issued by the company and RDIF.

Russian Direct Investment Fund (RDIF) CEO Kirill Dmitriev said “We are pleased to collaborate with the Indian regulators and in addition to Indian clinical trial data, we will provide safety and immunogenicity study from the Russian phase 3 clinical trial. This data will further strengthen the clinical development of Sputnik V vaccine in India.”

Dr. Reddy’s and Russian Direct Investment Fund (RDIF) had last month announced a partnership to conduct clinical trials of Sputnik V vaccine and its distribution in India. Under the partnership, RDIF will be supplying 100 million doses of the vaccine to Dr. Reddy’s upon regulatory approval in India.

PESHAWAR: A powerful bomb blast ripped through an Islamic seminary on the outskirts of the northwest Pakistani city of Peshawar
Read more
World News

ISLAMABAD: At least 50 persons, mostly children, were injured after a massive explosion rocked Pakistan's Peshawar on Tuesday. The blast was reported at...
Read more

My COVID story: I had a severe kind of throbbing headache – Times of India

Geetha Sundar had to travel to Chennai from Mumbai for a death in her family. Within 4 days of her return, she experienced...
Read more

At least four killed, over 30 injured in blast at Pakistan religious school

According to police, more than 30 including two teachers have been injured in the explosion At least four students were killed and dozens more...
Read more
Load more